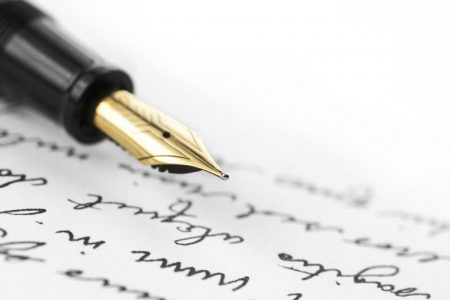 First off, I have to say, I’m writing this as a fan of your work, since the days of The Birthday Party. It may not be the most relevant piece of information in this letter, but it is relevant to the conclusion here.

I was prompted to write this letter when I learned about your decision to play in Israel. I respect your decision to play there, although I think it is a completely wrong one. Artists should be free to make or not make a political statement, although not making a statement is, in fact, making a statement. In any case, it’s not the decision itself that threw me for a loop, but your statements as regards to this decision.

I get the argument of not getting art tangled up in politics and the argument on “where to draw the line” as well; should you boycott Israel and still go to Russia, Poland, Hungary etc. – other countries with dubious politics regarding human rights and democracy?

As for whether a country is “worthy” of a boycott, I tend to look to Amnesty International for answers. Amnesty International’s latest report states that last year “Israeli forces unlawfully killed Palestinian civilians, including children, in both Israel and the Occupied Palestinian Territories (OPT), and detained thousands of Palestinians from the OPT who opposed Israel’s continuing military occupation, holding hundreds in administrative detention. Torture and other ill-treatment of detainees remained rife and was committed with impunity. “
I feel “torture” and “unlawful kiling of children” are acts that merit a reaction from the global community, artists included.

In a recent interview you said on your decision to play Israel: “it suddenly became very important to make a stand against those people that are trying to shut down musicians, to bully musicians to censor musicians and to silence musicians.”

How have you been “silenced” or “censored”? Forgive me if I have missed the news that you have been banned from appearing at festivals or being played on the radio. That’s what censorship means, right? If this is not the case, I find your sloppy rhetoric shocking. I would’ve expected more precision from a celebrated writer. Maybe you should check with the Israeli military for a crash course? In the past 5 years they censored 1,936 journalistic articles, that never saw the light of day (source: Global Resarch).

You went on to state that you “love Israel.”
Personally, I find the concept of “loving” a country a bit odd, I don’t even particularly “love” the village that I was born in, the region I grew up in and the country that I am a citizen of. I love the smart and good-hearted people there, the assholes, not so much. But, never mind, any one who wants to “love” a country should be free to do so.

What I don’t get is that you seem to lack an understanding of two rather important concepts for a writer, context and subtext. When on vacation in Israel (context), I guess it is a perfectly fine statement, however in the (different) context of a controversy relating to the Palestine/Israel conflict, the subtext to “I love Israel” is; “and I couldn’t care less about its human rights violations”. Look, I’m not saying that is the case, but I’m saying that as a storyteller you ought to be aware of the effects of context and subtext.

When talking about the motives of those that do decide not to play in Israel you claim  they “feel that music is something to punish people with ” (AMA open forum). One of the lowest forms of rhetoric there is, is to misrepresent your opponents motives to make your own argument look more compelling. The BDS movement, leading the Israel boycott initiatives, states that a boycott is a response to the government’s use of  art to create “a false sense of normalcy in a situation of grave repression”. In fact, art-washing. If you disagree with the argument, maybe use your intellectual capacity to engage with it, in stead of claiming that the aim is to use music to punish ?

It’s sad to see that someone that I respect so much as a writer can fail so miserably in making a coherent argument.